Lillian Prest Ferguson was born in Windsor, Ontario, Canada in 1867, and grew up in Windsor, St. Boniface, and Winnipeg. She attended a convent school where she began some of her formal art training. At sixteen, she received a commission to paint portraits of the parents of St. Boniface school.

Lillian continued to study art in Toronto and later, while teaching at the Winnipeg school of art, she met Peter Ferguson, a lawyer, and they married in 1866. After several months in England, Scotland, and France, where Ferguson studied with Jules Lefebvre at the Academie Julian, the couple immigrated to the United States.

Initially, the Fergusons settled in Riverside, California in 1887. With the advent of the transcontinental railroad in 1869, land speculators, developers, and colonists began to swarm to Southern California where there was plenty of inexpensive, available land. However, opportunities to work as an artist were few, so the Fergusons moved to the city of Los Angeles around 1900.

While her official "residence" was Los Angeles, she traveled to Europe to study in Holland during the years 1911-1912, spent the summer of 1914 in Carmel at William M. Chase's class, and at the University of Southern California. After her husband's death in 1918, Ferguson spent a decade in Laguna Beach. She was a charter member of the Laguna Beach Art Association and a founder of the group Women Painters of the West. She was an active exhibitor with both groups in addition to participating in shows with the California Art Club, Artists of the Southwest. In northern California she showed at the Berkeley League of Fine Arts, the  California State Fair, Sacramento, and the Santa Cruz Art League. 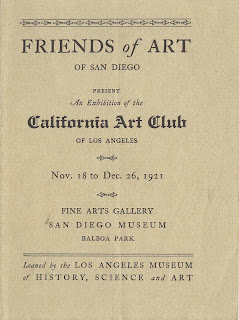 In addition to painting, the artist was a highly respected potter who operated one of the first kilns in Laguna Beach in 1920. Generally painting from life using oils, pastels, and watercolor, Ferguson also did portraits of the various ethnic groups that lived in southern California. She also enjoyed painting and drawing florals, missions, and landscapes along the coast of California. 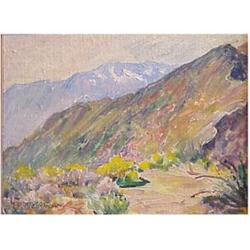 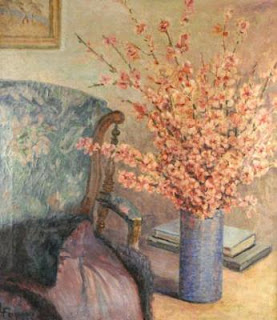 All source material from Kovick's An Encyclopedia of Women Artists of the American West.
Photographs from icollector.com, askart.com, and artnet.com
Posted by Dr. Viki Sonstegard at 10:35 AM