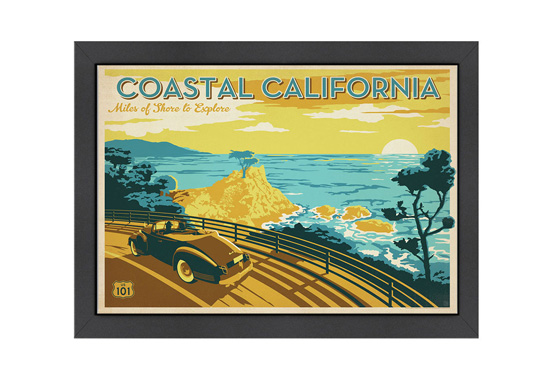 To those who live in the eastern region of the United States, California has been, and continues to be seen as another country. Identified with Hollywood and popular culture, the art of California appears to have little connection with the art of Europe and the more traditional East Coast, specifically the establishment in New York City. From my own experience as one who grew up in and around Washington, D.C., when return to visit my "home," people always seem to be taken aback or quite simply amazed when I tell them I've lived in Southern California for 35 years--as if I've just dropped in from Mars.

During the early years of the twentieth century when cross-continental travel became easier, more people, including artists, actors, writers, and the like, headed west where the climate and the landscape vistas vary, in some cases, in the extreme, within just a few miles. Translation: this means that those who live here enjoy incredible weather most of the year and the opportunity for artists and photographers to record nature at its most stunning, is nearly always guaranteed.

To be an artist in Southern California, you had to be, as Lorser Feitelson emphasized, quite sure you could live with your own art. [1] It took self-confidence, independence, and an adventurous spirit to move to the west during the twenties and thirties. 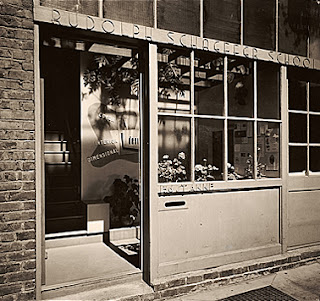 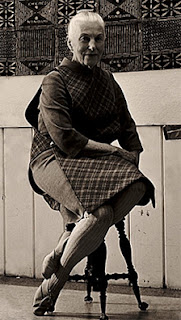 Dorr Hodgson Bothwell (1902–2000) was an American artist, designer, educator, and world-traveller. She was born in San Francisco, California,  moved to San Diego when she was nine years old and spent her childhood there. At age 19, Bothwelll returned to the Bay Area to study art where she began her art career at the California School of Fine Arts in 1921 under the tutelage of Gottardo Piazzoni, and later, with Rudolf Schaeffer at the Rudolph Schaeffer School of Design in San Francisco until the year 1925. She was a member of the San Francisco Art Association, and upon her return to San Diego, she joined the San Diego Art Guild and San Diego Moderns.

After receiving a modest inheritance from her great-aunt, Dorr decided to travel. After having seen Robert Flaherty's documentary film on the South Seas Islands, Moana (1926), she made the decision to go to American Samoa, a daring enterprise for a young woman alone, particularly in those days. She was adopted by a tribal leader and she became his daughter and chief hostess. While there, Bothwell did paintings in oil and watercolor, drawings, linoleum block prints, and measured drawings of tapa cloth designs. She remained in Samoa for two years, and sent back a show that was exhibited in San Diego and San Francisco. This show produced enough income to allow her to continue her travels.[2]

When she returned to San Diego in1932, she became re-acquainted with and then married sculptor Donal Hord, but the union lasted just two years. After the couple separated, Bothwell moved to Los Angeles in 1934, where she joined the post-surrealist group around Lorser Feitelson and Helen Lundeberg, and worked in the mural division of the Federal Arts Project, where she learned the art of screen printing, which would become her favored graphic technique. 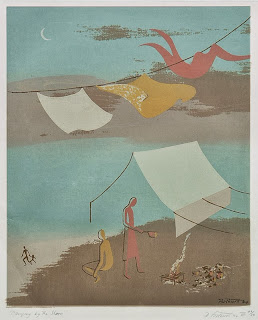 She returned to San Francisco in 1942. Bothwell loved to travel. She went to Paris in 1949/51, to Africa in 1966/67, to England, France and Holland in 1970, to Bali, Java and Sumatra in 1974, and to China and Japan in 1982/85. Throughout her travels, Bothwell studied indigenous artistic traditions in order to discover their rules of design. Growing out of a deep understanding that all things are integrated, she learned to see order and design in nature. Translation from the Maya represents the essence of Bothwell’s artistic and spiritual search. 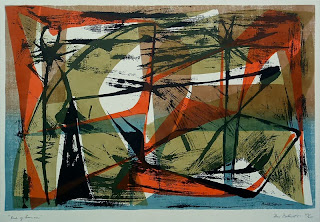 Dorr was an innovator in the use of serigraphy as a fine art medium and was best known for her Surrealist inspired prints (though she rejected "Surrealism" as a description of her art).  During her career she worked in various styles from figurative to abstraction and created oil paintings, watercolors, sculptures and assemblages. In addition to her professional art career, Dorr was an author and a gifted teacher who taught serigraphy, color theory and design at institutions such as the California School of Fine Art, Parsons School of Design and the San Francisco Art Institute.  She passed away at the age of 98 on September 24, 2000. [3] 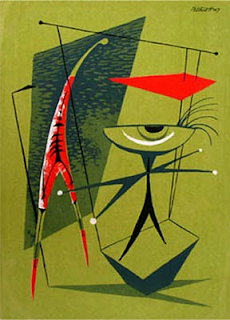 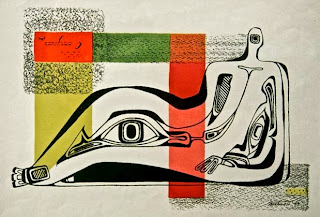 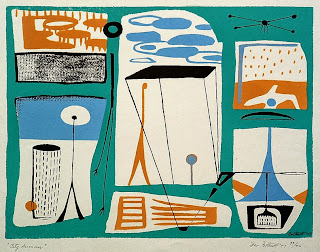