﻿﻿
﻿
I haven't written anything for several weeks because I've been fortunate to do some travelling in early summer. I spent 10 days in Colorado (Denver and Breckenridge), then one week going to and from Manhattan, Kansas, the town to which my son has relocated. During both ventures I saw beautiful scenery, a lot of public art, and unique pieces and artifacts-most notably in the Clyfford Still museum in Denver and the OZ (as in Wizard of...) museum in Wamego, Kansas. Since this blog is about women artists in the West, you'll have to investigate both the Still and Oz museums on your own, but as Kansas was the frontier at one time, I'm going to salute some of the female artists who were born or worked in Kansas back in the day.
In an earlier post, I discussed women's art and how they expressed themselves creatively. As homesteaders, heading into unknown, and at times, unexplored territory in order to start new lives as single or married women, with or without children, the future was unknown. Unlike Europe or the older, established Eastern cities, women had an extremely difficult life on the Prairie and lived much of the time on their own. Men and older boys of the household spent their days from dawn to dusk farming, so women were left to cook and clean dusty sod houses, care for children, and to take care of whatever business was at hand. Harsh conditions meant that children were often sick and the lack of doctors, along with the distance from medical care, saw women, out of necessity, learning to solve their own problems. Unfortunately, for many of them, the isolation was too much to bear. 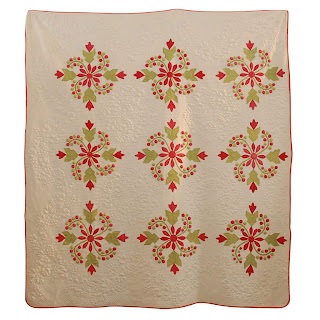 19th Century Trapunto and Applique Cotton Quilt
In addition, societal constraints discouraged or forbade women from pursuing careers that were not considered appropriate for them beyond teaching. In the early nineteenth century, families were moving via horseback and covered wagon, space was considerably limited, so most of the art created by women had to be of practical use as well. Quilts were not only beautiful, they were narratives, along with serving as bed or window coverings. Crafting pottery provided an artistic outlet and was useful as well.

By the end of the 19th century, at the close of the frontier, women were painting, but, in many cases, signed their names with just an initial to circumvent the gender bias that was rampant at the time. Some, however, became enormously successful, and were able to support themselves and their families from their artistic endeavors. 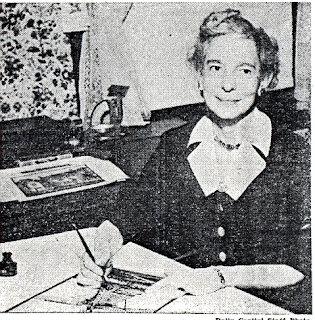 Margaret Whittemore (1897 – 1983) grew up in Topeka, Kansas. Her father was a professor of Latin and education and her mother was director of the art department at Washburn College (now University), Topeka. Margaret attended Washburn and graduated in 1919. She went on to the School of AIC from 1920-1923, where she specialized in Graphic Art. In addition, Whittemore also studied graphic arts at the Art Institute of Chicago and at the Taos Art Colony in New Mexico.She taught art at the Bethany College in Lindsborg, Kansas (1927), and served as the editor of The Palette, the national publication of the honorary art fraternity Delta Phi Delta (1928-1935). [1]

She developed a reputation as a writer, graphic artist, illustrator, and block printer. Whittemore worked as an artist in the Works Progress Administration museum extension program and created a series of prints depicting Kansas landmarks. Whittemore was also a member of the Prairie Print Makers. Formed in Lindsborg in 1930 at the studio of artist Birger Sandzén, the group sought to work beyond the stereotype of the Midwest and depict a realistic view of everyday life. Eventually more than 100 amateur and professional artists joined the group throughout North America. [2] 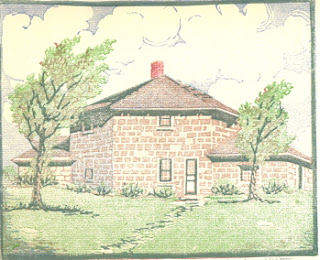 Western themes, particularly those of Kansas, dominated Whittmore's work. Whittemore had quite a diverse work experience. She worked as a drafter for the Atchison, Topeka & Santa Fe Railway. In 1936 she published a series of sketches of early Kansas landmarks in Sunday issues of the Topeka Daily Capital. She wrote descriptions and histories of the landmarks to accompany the pencil sketches. In 1954 she published the book, Historic Kansas: A Centenary Sketchbook. She worked at University of Kansas, Clay Center Library, Wichita Public Library, Kansas Historical Society, and Topeka Public Library. [3] 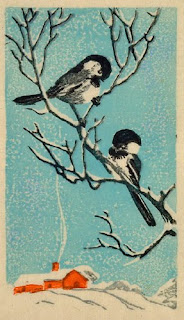 Whittemore produced watercolors for the Department of Agriculture’s Kansas Birds publication. She also designed book plates for library (some of these are in the Special Collections archives.) Her 1954 book Historic Kansas: A Centenary Sketchbook from Kansas University Press won “top honor book” for the 6th annual exhibit at Chicago and Midwestern bookmaking at the Chicago Public Library, for printing and binding excellence. [4] Her work as an artist/illustrator also includes Adventures in Thrift,1946; woodcuts, Trees, by Bruce Humphries; Bird Notes, by H.L. Rhodes, 1932. She was a contributor to Audubon, Scholastic, American Magazine Art, Christian Science Monitor, Kansas Farmer, and Kansas City Star. 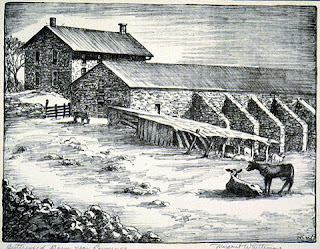 Whittemore relocated to Florida in 1955, but continued to contribute to the Topeka Daily Capital newspaper. Her book Chimney Swifts and their Relatives was written while she lived in Florida and was published by Nature Book Publishers in 1981. Undaunted, Whittmore used a motorized wheelchair to get around and continued to work until her death in 1983.