What I did on my Summer Vacation

If you would be so kind as to indulge me, I would like to share some of the photographs I took on my magical trip to Italy, Norway, and England this past month. I am, after all, a female artist/photographer working in the West!

There was a method to our country selections...both my mother's parents are from central Italy in mountain towns northeast of Naples, my husband, Howard, has family on his father's side from the Gudbrandsalen valley in Norway, and his delightful cousin and her husband, stupendous tour guides both, live in lovely Cornwall, England. 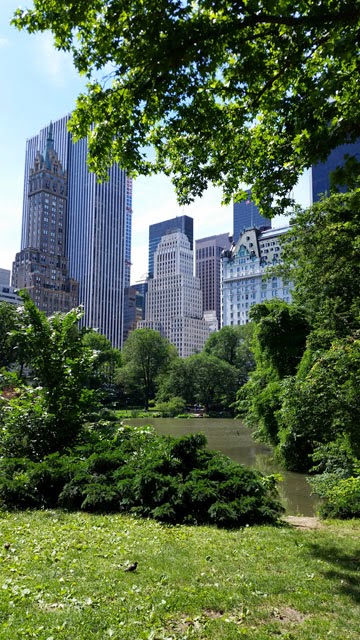 Our intention was to continue to chip away at the "bucket list" of countries we want to visit and to plan for the next journey to catch some of the sights that we simply could not see in the time we allotted for each place. There is NEVER enough time to cover all of it, of course, but we managed to fill our heads with the most divine sights in New York, Rome, Pompeii, Paestum, Venice, Murano, Oslo, Flam and fjords, Newquay, and Port Isaac, the town that is the mythical Port Wenn in one of our favorite BBC offerings, Doc Martin. Our brains are now, full.

We flew from Los Angeles to New York and spent one night, hoping to ease into the anticipated, radical time change. We walked around Manhattan and enjoyed sights such as the Chrysler building, and hung out in Central Park for most of a perfect day, blessed with sunshine, low temperatures, and NO humidity.

We arrived in Rome the following morning and immediately hit the streets. Our pensione was located right in the ancient section of Rome, adjacent to the Markets and Column of Trajan, the Colosseum, the Forum, Arches of Constantine and Titus, and a short walk to the Pantheon and the Trevi Fountain! This was the type of view from any of the seven hills of Rome. 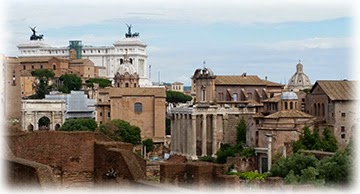 As an Art Historian who has been teaching the history of art for 14 years, standing in ancient Rome, especially inside the Colosseum and the Pantheon, was more moving than I can describe! To touch the buildings and to feel the spirit of those ancestors who lived 2,000 years ago offered a connection to history that I had never before felt, even though I had grown up in and around Washington, D.C., a place where the foundation of our nation and so many of our own historical sites and events are located. 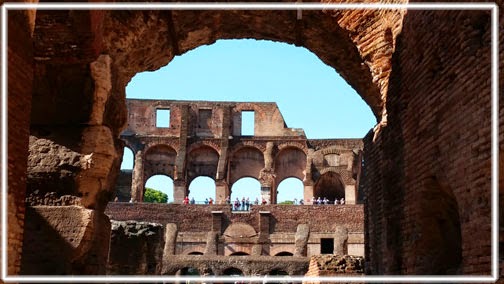 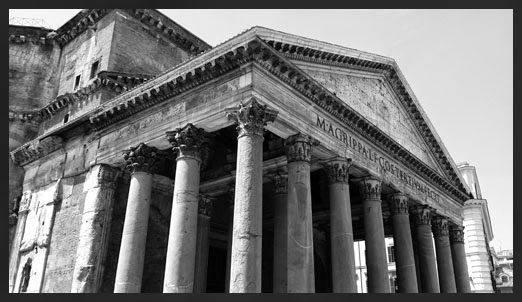 The sheer enormity of the structures all over the city of Rome, both ancient and not-so-ancient, was staggering. We were left with mouths open just trying to make sense of the accomplishments of the Romans, their planning, and feats of technology that allowed them to create such massive temples, forums, and gathering places. They must have both intimidated and overwhelmed the "common" citizen then, as they do now.

One of my favorite buildings, the Pantheon (temple to all gods), is just magnificent. It is the best preserved building from the ancient Roman period which housed statues of the pagan gods. Commissioned by Marcus Agrippa during the rein of Augustus, it was rebuilt by the emperor Hadrian in about CE 126. It has survived, unlike other ancient Roman structures, as it was converted into a Roman Catholic church during the Seventh Century.
The Pantheon entombs the remains of the early Renaissance painter, Raphael, and includes a bust of the artist, as well as the remains of his fiance, who unfortunately died before their marriage. 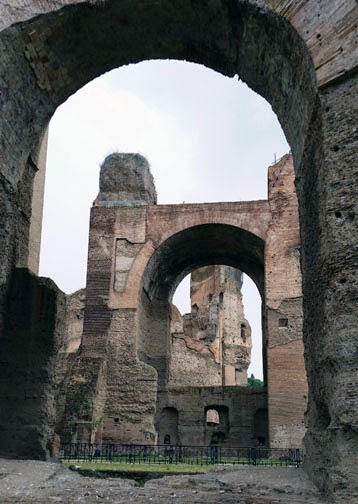 We managed to see the Circus Maximus where chariot races occurred and the Baths of Caracalla (Emperor of Rome from CE 211-217), both located near the ancient Appian Way, a short metro ride from our pensione. Again, the sheer magnitude of the baths was mind-boggling!

The ruins are incredibly well-preserved and include an array of mosaics that are still partially intact. The baths were easily able to accommodate up to 1,600 bathers who moved between three pools: frigidarium (cold), tepidarium (warm) and calderium (hot). Adjacent to the frigidarium were two massive zones called the Palaestra; gymnastic areas open to the sky. The Natatio, at the back of the building, held an Olympic-sized pool for recreational swimming. Along with the aforementioned, gardens and a library were included on the grounds. The baths are precurssors of modern gyms that provide their members places to socialize and to work out. 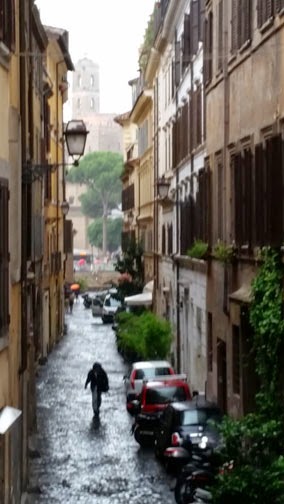 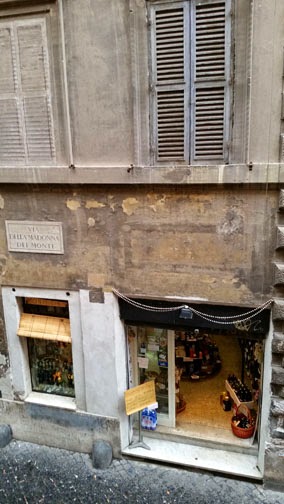 Our pensione, a small, family-run hotel, was located on the Via Cavour, which was a metro stop and a very busy thoroughfare that leads right down to the Forum. Entrance from the street through a gate, however, led to a lovely, private, courtyard and our room was at the back looking over a small lane. It was very much a city neighborhood with shops and restaurants along the lane. People stopped to chat with their neighbors and shop owners, and we hung out at the window just watching the activity during our occasional "down time."

Since we live in Southern California, and even in times of no drought get very little rain, we loved the afternoon thunderstorms that rolled through the city each day. I bought the typical five Euro tourist umbrella that turns inside out as soon as the wind picks up (and it did), but it served me well through the entire trip, and I left it in its entirety in Cornwall.

Rome is indeed a place to which we want to return. There is still so much to see!

Next stop: Pompeii and Paestum.
Posted by Dr. Viki Sonstegard at 3:49 PM