Thanks to all the readers of my blog-the first post was created one year ago on November 22, 2012. This has been an incredible journey of discovery. After I submitted my dissertation I thought, now what? I had been writing for two solid years, nearly every day, through weekends, holidays, vacations, and summers. The void after completing the program was immense, so I began to investigate other avenues in which to continue to grow.

I have learned so much from the research into the fifty female artists that have been profiled throughout this year, along with their remarkable lives and contributions both to society and to the art world. I have been influenced and inspired by them-talented women, all.

﻿
Ruth Eaton Peabody was a painter who, along with her mother, artist Elanor Colburn, were California modernists in the early part of the twentieth century. Peabody was born in Highland Park, Illinois on March 30, 1893. She first studied sculpture at the Art Institute of Chicago and was taught to paint as a child by her mother. The two women moved to Laguna Beach, California in 1924 and became active in the local art scene where, in addition to painting, Ruth sculpted fountains and memorial plaques along with teaching art.
In her early works, Peabody focused on the figure and on still lifes. The Cook Book combines both these subjects in a carefully constructed composition. The woman looks pensive, perhaps pondering what to make for dinner.
Little Pig in New Mexico is created in a post-Impressionist style of lively broad brushwork and strong colors. The painting was perhaps inspired by a trip to New Mexico to which Peabody and her mother took in early summer, 1930. (Note the pueblo in the background). In the 1930s, Taos, Santa Fe, and the Southwest in became popular destinations for artists that sought fresh subject matter and discovered sweeping new vistas. 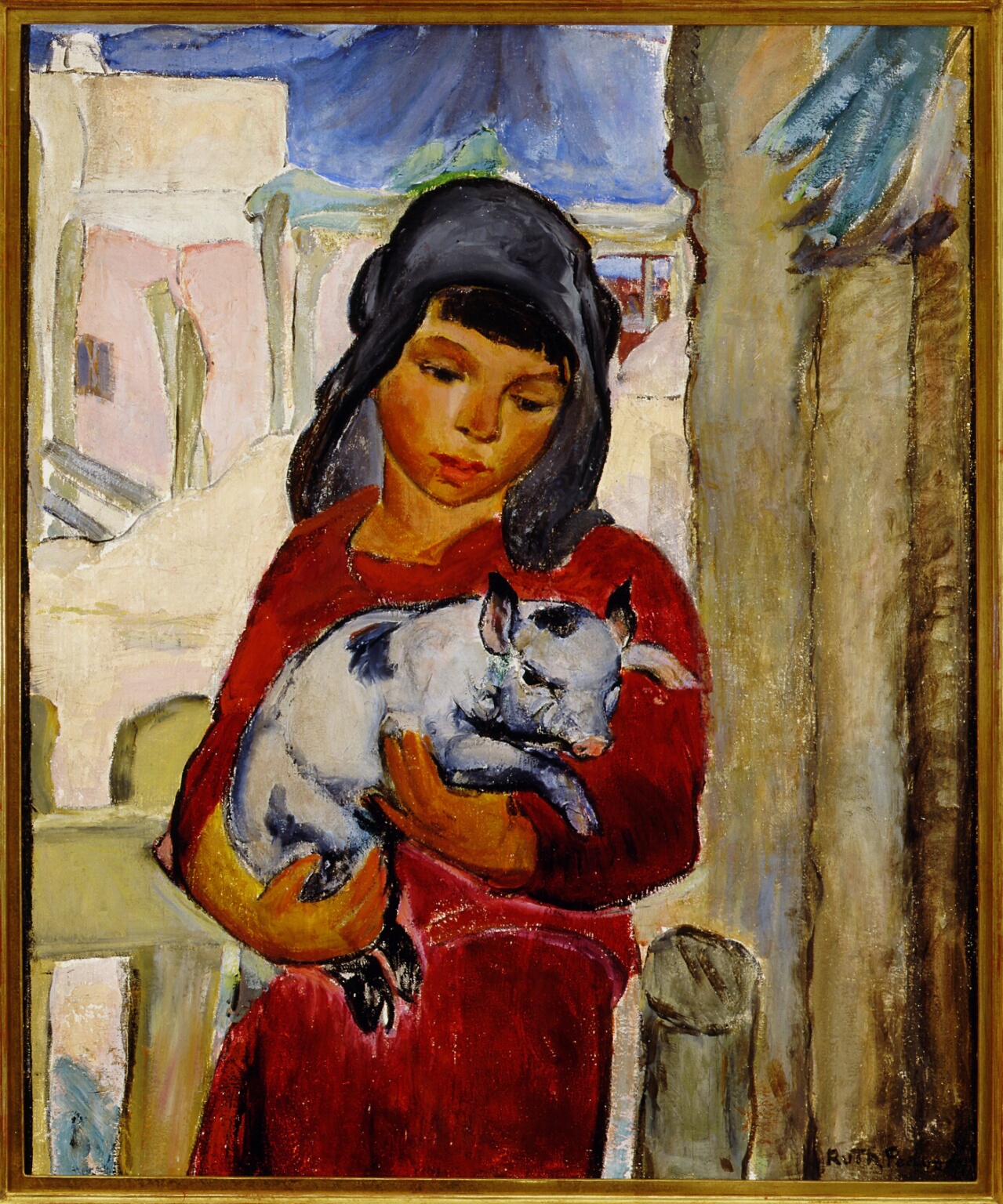 For years, Peabody designed figural compositions that were much like her mother's style, but in the 1930s, she explored Dynamic Symmetry and Cubism and her work went beyond the objective to Constructivist compositions.

Peabody was an active member in the Laguna Beach Art Association, the California Art Club, and the San Diego Art Guild.  She received dozens of awards in Southern California between the years 1926-1937. Ruth Peabody died in Laguna on October 22, 1966.