During the early years of the twentieth century, women modernists who were the most acclaimed artists were judged to have a "masculine" hand in their work. Directness, simplicity, and power--traits most prized in modernist abstraction--nearly always carried connotations of masculinity.[1] That gender stereotyping led to some women adopting male patterns of behavior such as wearing men's clothing and hairstyles in order to compete equally in a male-dominated genre.

At the time, there was a notion that women were perceived to have a uniquely feminine sensibility with special capacities to express themselves as Alfred Stieglitz explained, "Woman feels the world differently than man feels it. The woman receives the world through her womb. That is the seat of her deepest feeling. Mind comes second."[2] Obviously a man without a clue, but with a typical attitude for his era.

Henrietta Shore was irritated by the patronizing tendency of critics to see her work as conveying feminine sexuality rather than the intellectual, metaphysical themes she sought to express. She was, perhaps, the boldest and most experimental modernist among women artists in California before 1920.

Born in Toronto, Canada, Shore was encouraged in her artistic interests by her mother. She experienced a profound connection with nature at age 13 when she saw her reflection in a puddle with nature which surrounded her face. That event spurred Shore to paint. She studied in New York at the Art Students League with William Merritt Chase and Robert Henri. Her fellow student there was Georgia O'Keeffe.

Shore's early training in New York encouraged both a traditional approach as well as a more contemporary take proposed by Henri that embraced a fresh consideration of subject matter. Her use of color and her direct emotional appeal reflect Henri's influence. Shore continued her studies at Heatherly's Art School in London where she was the only student of painter John Singer Sargent. During her twenties, her work was included in exhibitions in Toronto, Paris, London, and Liverpool. [3] She also traveled to Haarlem, Holland, Venice, and Madrid. By her mid-twenties, Shore was working as an art teacher in Toronto. She moved to the United States as a permanent resident in 1913 and became a citizen in 1921.

From 1913 until 1920, Shore lived in Los Angeles where she experimented with a number of styles. Her work was well-received by the critics, but she was reluctant to part with her early pieces and suffered from a lack of ability to promote her work. She returned to New York in 1920, where she explored and developed her modernist style. Shore and O'Keeffe exhibited together during here time in New York and critics were much more enthusiastic about Shore's efforts than that of O'Keeffe.

During the late 1920s, Shore traveled to Mexico where she painted portraits of Jose Clemente Orozco and Jean Charlot. In 1927, she befriended Edward Weston who, some believe, influenced his photography. 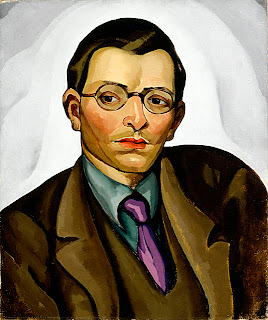 Shore's subjects included portraits, many done on commission, as well as flowers, cacti, animals, seashells, trees, and land forms. She worked from the literal to the imaginative as she created works that represented the idea of a subject rather than the traditional view of it such as the work above.

In 1936 and 1937, Shore was commissioned to create six murals for the Treasury Relief Art Project. Four were done for the post office at Santa Cruz and were concerned with the local industries of that region. Artichoke Pickers was place in Monterey, and Monterey Bay, 1880-1910 was located in the post office there.

Shore exhibited from about 1898 to the 1950s. She participated in solo-exhibitions in New York and California including the M. H. de Young Museum in San Francisco (1933) and the Carmel Art Association Gallery (1946, 1963). A partial list of where her works hung include the Royal Canadian Academy in Toronto, Panama-California International Exhibition, San Diego, New York Society of Women Artist, New York City, and in numerous shows of the Carmel Art Association. In 1986, the Monterey Peninsula Museum of Art organized the Henrietta Shore: A Retrospective Exhibition, 1900-1963. [4]